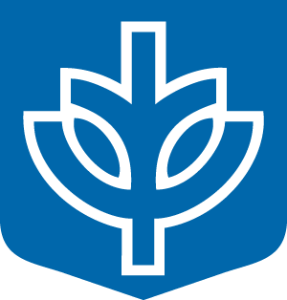 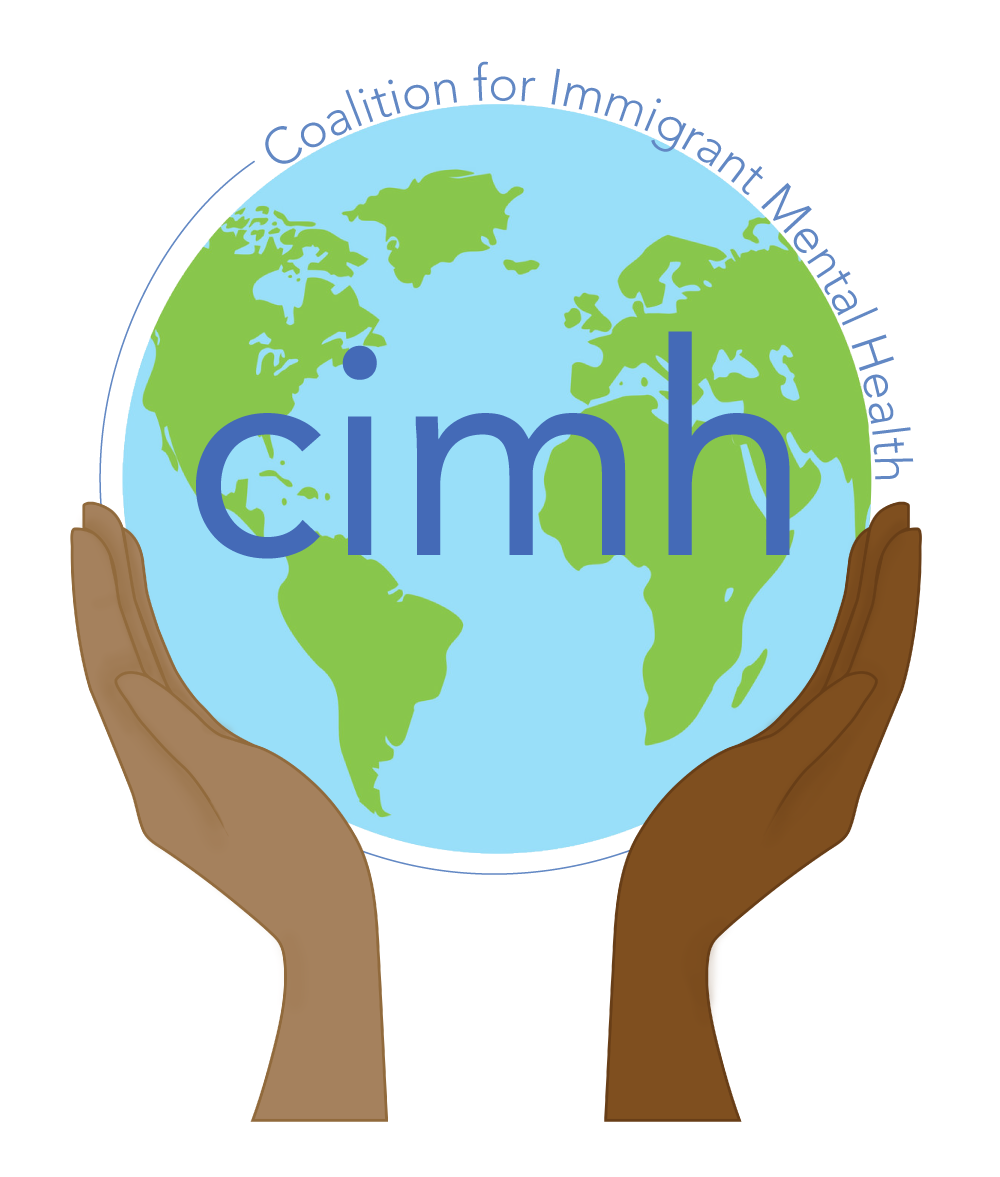 Community Partnership with The Coalition for Immigrant Mental Health

The Coalition for Immigrant Mental Health (CIMH) envisions supporting fair, equal, linguistically and culturally accessible mental health services free from stigma and fear for all immigrants; inclusive of individuals regardless of status as well as mixed-status families. Thus, the mission aims to “foster a collaborative, community-based and research-informed initiative that is a partnership between individuals regardless of status, mental health practitioners, community organizers, researchers, and allies.” CIMH works to promote awareness of, and access to, culturally and linguistically appropriate mental health services through education, advocacy and resource sharing in order to improve and facilitate access to services for immigrants and their families regardless of their status. 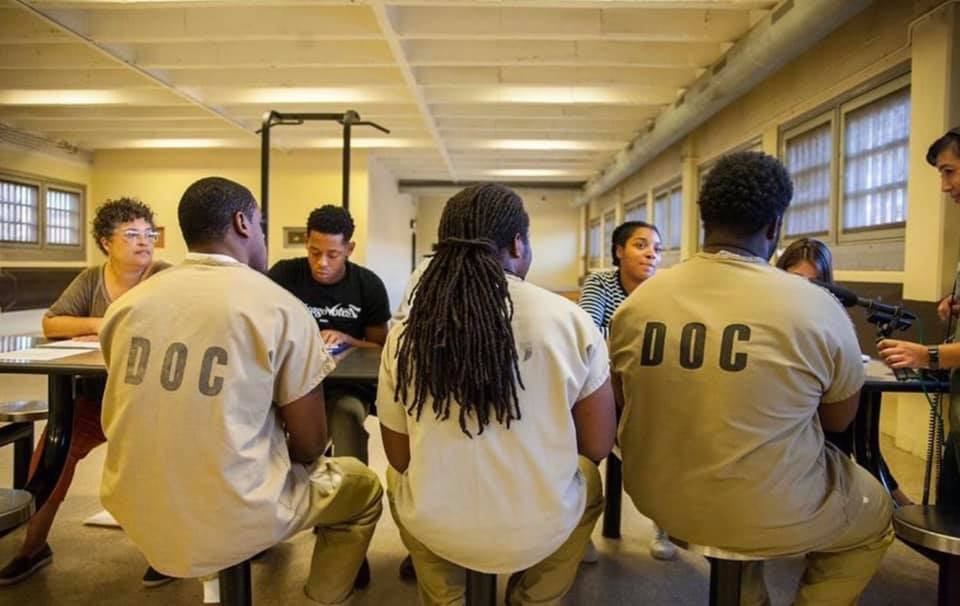 The Think-Tank meets bi-weekly at Stateville. Chicago Votes and the Chicago Lawyers Committee are also members. It discusses matters of law and policy that relate to the criminal legal system, incarcerated individuals, and their families and communities. In particular, we seek to educate and engage individuals with a felony conviction about their voting rights while incarcerated, so that they will be prepared to utilize those rights upon their release. A key accomplishment was writing a bill that mandates voter education workshops as part of the exit process from prison.  That law, the "Reentering Citizens Civic Education Act", was passed nearly unanimously at all levels of the Illinois state legislature, and was signed by Gov. Pritzker in August of 2019. https://via.library.depaul.edu/depaul-magazine/vol1/iss412027/8/.

Since 2016 I have also worked with Chicago Votes and the Chicago Lawyers Committee on voter registration and access for pre-trial detainees at Cook County Correctional Center (the county jail.)  We have provided opportunities for detained citizens to register to vote, and to actually vote.  We now work to implement Illinois Public Act 101-0442, which mandates voter access for eligible voters in Illinois jails, which was also passed in August of 2019. 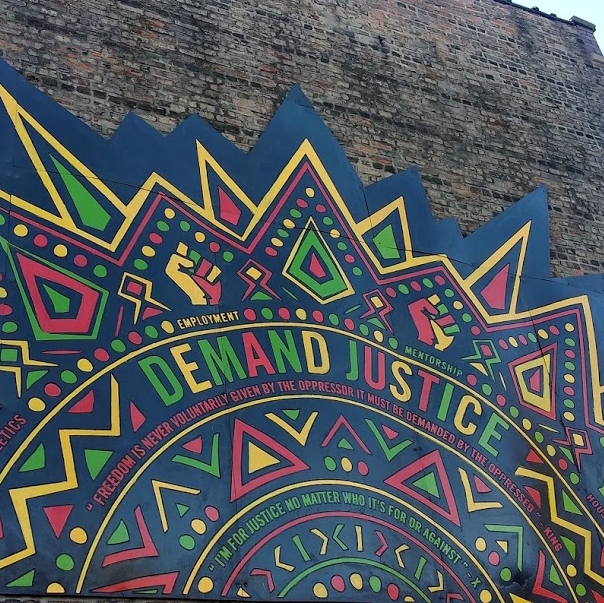 Egan Office - Chicago as a Mosaic

The Egan Office views Chicago as a mosaic of communities and neighborhoods. In these neighborhoods that are pieced together with uneasy symmetry, there are stories and voices unheard, heroes, movements, and recycled dreams.

The Egan office hosts conversations with community and movement builders, activists, and organizers in an effort to recognize the critical voices that give shape to the Chicago Mosaic. 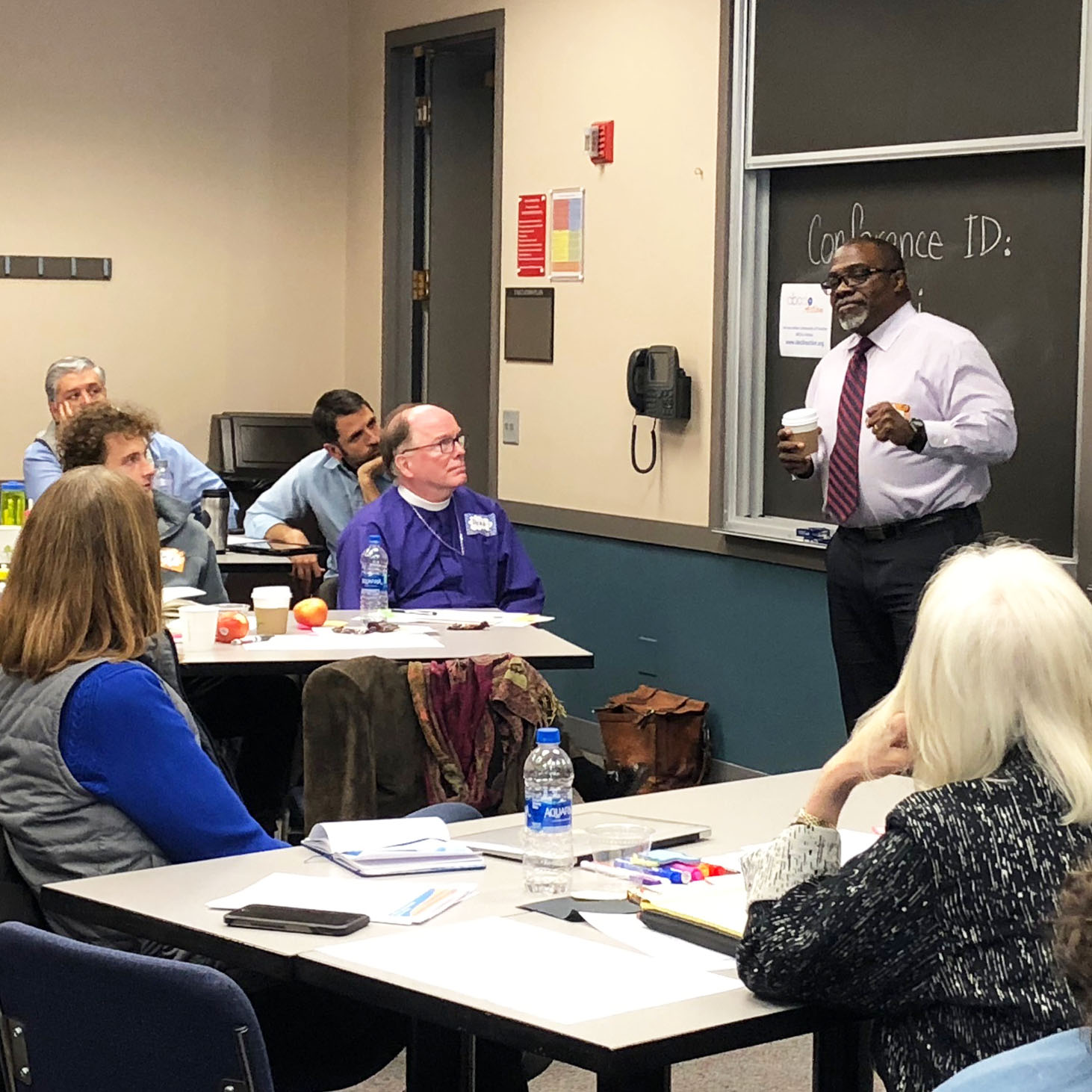 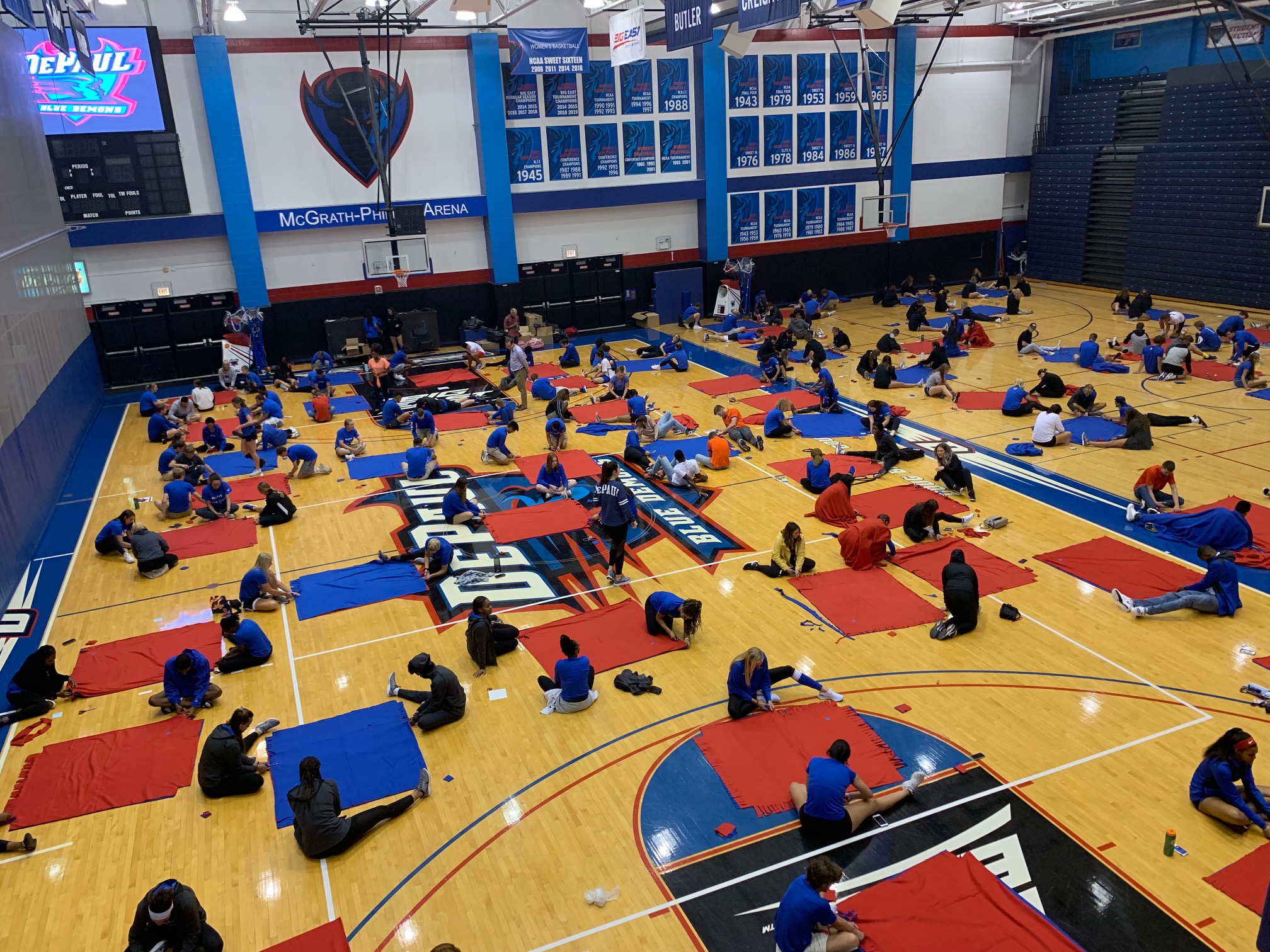 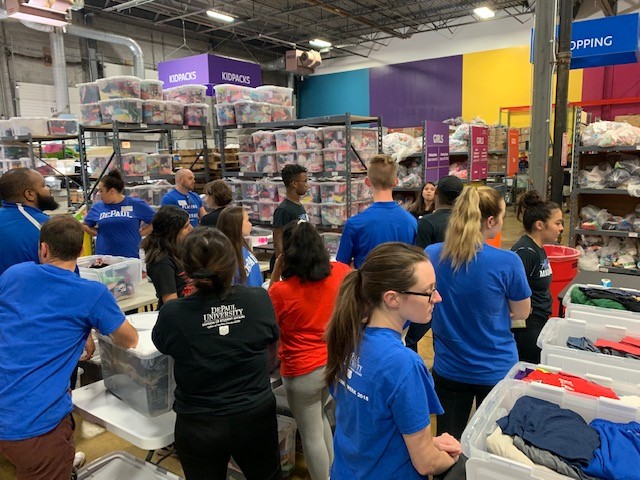 Resident Advisors were provided an opportunity to volunteer at Cradles to Crayons. They sorted new and nearly new clothes and organized them by size into bins. The clothing is packaged and distributed to disadvantaged children in the community through various partnerships.

Find activities between DePaul University
and the surrounding community.

Teaching and learning are our priorities at DePaul. That might seem obvious, but we’re the largest private university whose faculty members’ priority is teaching. We’re also the nation’s largest Catholic university — and we’re committed to an educational experience that weaves together mind, place, people and heart.